Home : Featured : A man with a loaded AK-47 was arrested outside an Iranian journalist’s Brooklyn home | CNN | August 1, 2022

A man with a loaded AK-47 was arrested outside an Iranian journalist’s Brooklyn home | CNN | August 1, 2022

I’m glad my friend @AlinejadMasih is healthy and safe and that the police acted capably against what might have been a deadly situation. It appears Iran continues to export terror with impunity, even to the United States, not for the first time w Masih. https://t.co/XkQPPuli1P

This article is a reprint. You can read the original at CNN.

“(CNN)A man armed with an AK-47-style rifle was arrested Thursday afternoon after law enforcement officials observed him behaving “suspiciously” in a Brooklyn neighborhood where Iranian journalist and activist Masih Alinejad resides with her family.

Alinejad was targeted in an alleged kidnapping plot last year by Iranian nationals after speaking out against the Iranian regime. The indictment in that case alleged the plot was organized by an Iranian intelligence official, but Iran’s Ministry of Foreign Affairs denied any involvement, calling the accusation “baseless and ridiculous,” according to semi-official Iranian state media.
Alinejad said she was home Thursday when federal agents informed her about the armed individual. 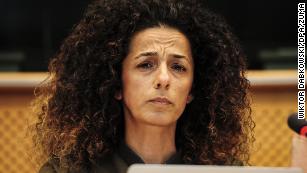 4 Iranian nationals charged with alleged kidnapping plot of US journalist, court documents say
“I was told by the FBI to ‘stay away from your home,'” Alinejad told CNN by phone Sunday. “I was shocked. I couldn’t even believe it. I was telling myself, ‘if I opened the door, what was I going to do?'”
NYPD officers arrested Khalid Mehdiyev Thursday afternoon as he drove away from the Brooklyn neighborhood after he failed to stop at a stop sign, according to a federal criminal complaint obtained by CNN. It also said NYPD officers found he was driving without a valid license. Law enforcement officials later found a suitcase in the backseat of his vehicle containing an AK-47-style assault rifle loaded with a round in the chamber, an additional second magazine and $1,100 in $100 bills, according to the complaint. 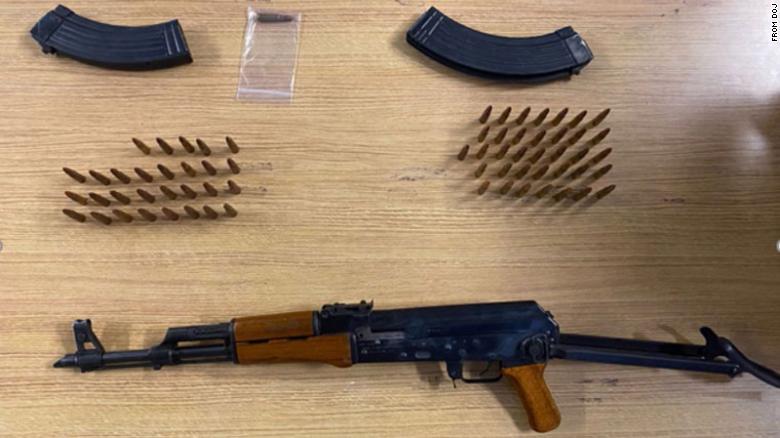 Law enforcement found a suitcase containing a loaded AK-47-style rifle, a second magazine and $1,100 in the backseat of Mehdiyev’s vehicle, according to a criminal complaint.
He is charged with possessing a firearm with an obliterated serial number. Mehdiyev is set to be back in court August 12. CNN has reached out to his attorney, Stephanie Marie Carvlin, for comment but has not heard back.
Law enforcement officials say they saw Mehdiyev, a Yonkers resident, in the Brooklyn neighborhood on two occasions last week, Wednesday and Thursday, and also discovered that he’d been issued a parking ticket in the same neighborhood the weekend before, on July 23, according to the complaint.
On Thursday morning Mehdiyev drove a gray Subaru Forester SUV with Illinois license plates and remained in the area for several hours where he “behaved suspiciously,” the complaint states. On one occasion, Mehdiyev got in and out of his car several times, ordered food delivery service to his car, and approached a home in the neighborhood — where Alinejad resides — peering inside the windows and attempting to open the front door, according to the complaint.
Alinejad says she was on a Zoom call with Chairman of the Human Rights Foundation, Garry Kasparov, and Venezuelan politician and opposition leader Leopoldo López when she found out about the armed individual.
“I’m glad my friend @Alinejad Masih is healthy and safe and that the police acted capably against what might have been a deadly situation,” Kasparov tweeted from his verified account Sunday.
The activist shared a security video on her official Twitter account of the man who she says federal agents told her was the same man arrested by police Thursday.
“These are the scary scenes capturing a man who tried to enter my house in New York with a loaded gun to kill me,” she tweeted, although no gun can be seen in the image. “Last year the FBI stopped the Islamic Republic from kidnapping me. My crime is giving voice to voiceless people. The US administration must be tough on terror.”
Alinejad says she has spoken monthly with federal agents since the alleged kidnapping attempt last year.
“I really thought that the plot was over. I thought, ‘OK, I can focus on my job’ — which I am going to do, nothing is going to stop me,” she said.
“I see this as the continuation of trying to keep Iranian women down,” the activist told CNN.
Alinejad, who frequently shares photos and videos of what she says are “voiceless” Iranian women through her social media accounts, says Iranian officials recently warned her about continuing her activism.
A spokesperson for Iran’s Headquarter for Promotion of Virtue and Prevention of Vice announced in July that anyone who sends videos to Alinejad regarding the hijab or commits other anti-government activities is subject to a sentence of up to 10 years in prison.
“It’s the 21st century: Enough is enough,” Alinejad said. “I left my country, Iran, to be safe, to be the voice for voiceless people. That’s my crime. I want to enjoy freedom of expression as an American.”
CNN’s Liam Rielly contributed to this report.”