Home : Carlsen and Kasparov in clash of the GOATs

Magnus Carlsen and Garry Kasparov, rivals for the chess title of Greatest Of All Time, met on Thursday in the Pro-Biz Cup held in London’s Google Headquarters. Magnus was handed a birthday defeat, but of course the charity event, where the players were paired with amateurs, was more about fun than serious chess. John Saunders reports on the traditional curtain-raiser to the London Chess Classic, where Ian Nepomniachtchi and Rajko Vujatovic took first place with 2.5/3. 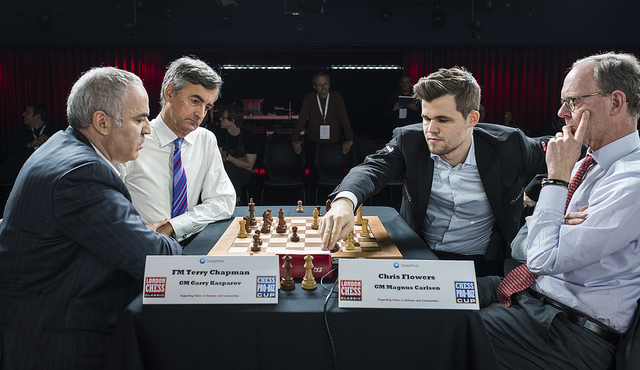