I’m not saying every politician should play chess or that every Grandmaster would make a good politician, but in @VCmilyte, Lithuania made a brilliancy. Thank you for hosting me and others who dream and work for a free Russia. https://t.co/w5bSc4CsmW

In Vilnius to meet with Lithuanian leaders and my colleagues in the Russian Anti-War Committee and Free Russia Forum. Global security demands Ukraine to win and Putin to fall. https://t.co/tAUH1Fg4iN

This article is a reprint. You can read the original at LRT.

“Garry Kasparov, the Russian chess grandmaster and opposition activist, says Russia is losing the war in Ukraine and Vladimir Putin’s dictatorship will not survive a defeat.

During a visit to Vilnius, New York-based Kasparov met with Lithuanian Parliament Speaker Viktorija Čmilytė-Nielsen, who is also a chess grandmaster, to discuss the consequences of the war in Ukraine.

The Russian opposition figure told reporters on Friday that the two reminisced about “our chess youth”, but mostly spoke about “games without rules” in international politics.

“In fact, the task of international politics now is to make those who do not follow the rules follow them, because there are international obligations, rules, and the fact that Putin could go unpunished for many years has led to the situation that we have now,” he said.

Kasparov noted that, unlike a chess game, Russia’s war against Ukraine cannot end in a draw.

“There is no draw in war. This is a war that will end either in Putin’s victory, which is unlikely, or a victory for Ukraine and all of us, and we are looking at what the consequences will be for the world, for Russia, when Ukraine achieves victory,” he said.

“The Russian public does not yet understand that the war is already heading towards defeat and Putin’s dictatorship will not survive defeat. The Ukrainian flag in Sevastopol is the beginning of Russia’s liberation from Putinism, and the most important thing now is to help Ukraine win.”

According to Kasparov, sanctions on Russia should remain in place until it compensates Ukraine for war damage and those guilty of war crimes are brought to justice. 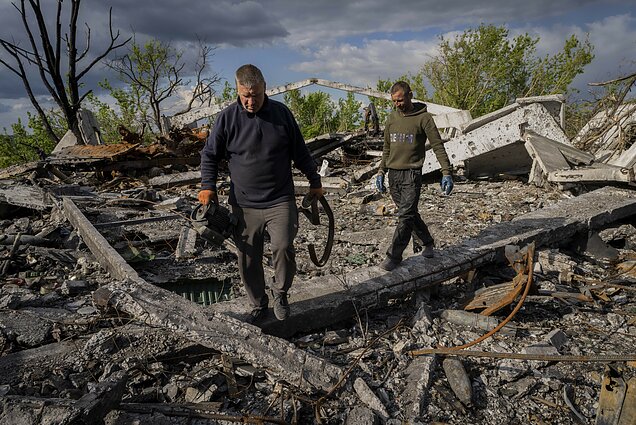 The Russian opposition activist believes that the war will not last and that “the situation should be resolved this year”.

“Russia is now a country that has fallen out of the global political and economic process, and even its closest allies, the neighbouring dictatorships, have retreated because they do not want to be part of this losing coalition.”

“Putin is alone, and it seems to me that the most important thing is to keep the sanctions in place until Ukraine wins, reparations are paid and war criminals are tried, which will lead to an inevitable regime change.”

In Kasparov’s opinion, Russia will not survive the war “in its current size” and some of its territories will secede, as the Kremlin’s defeat in Ukraine will act as a catalyst for processes that are already under way.

In Vilnius on Friday, Kasparov is taking part in a conference organised by the Free Russia Forum to discuss the consequences of the Kremlin’s war in Ukraine for Russia and Europe.