Our Generation Will Either Renew Democracy––Or Lose it Forever | CNN Opinion | November 8, 2021

If you believe the American system is inherently oppressive and irredeemable, just ask a refugee or dissident about the alternatives. We asked many for @Renew_Democracy‘s Frontlines of Freedom project. My CNN #voicesoffreedom op-ed. https://t.co/t8IzbKybmz

You can read the original article at CNN Opinion.

Garry Kasparov is the chairman of the Human Rights Foundation and the Renew Democracy Initiative, which recently launched the Frontlines of Freedom project. He is a former world chess champion. The views expressed in this commentary are his own. View more opinion at CNN.

(CNN)On August 17, 2012, I was speaking to journalists outside the courthouse where three members of the punk collective Pussy Riot were being sentenced for criticizing Russian President Vladimir Putin in a music video filmed in a church. Suddenly, I was grabbed by the police. Videos captured the moment they tossed me, legs in the air, into the back of a police van. When I opened the unlocked door to ask what I was being charged with, they responded with a flurry of fists. 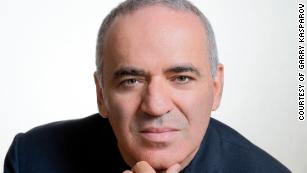 Garry Kasparov
But I was lucky. Several of my colleagues and allies — including journalist Anna Politkovskaya and Russian opposition leader Boris Nemtsov — suffered bullets, not bruises. And many others have been shuffled in and out of jail.
Indeed, this is the ongoing reality for those who choose to challenge the Russian government. Though Putin has denied responsibility for the murder of many of these dissidents, it’s quite clear that under his leadership calls for democracy are met with censorship, and dissent is met with force.
Hailing from the Soviet Union, a repressive regime and precursor to Putin’s Russia, I have always understood that democracy is a privilege — one that must constantly be defended. But over the last few years, I have watched with growing alarm as many Americans lose faith in their democratic system. According to one University of Cambridge study, most Americans said they were dissatisfied with democracy in 2020 — more than twice as many as in 2008, before the global economic crash.
Because democratic sentiment is weak, the rights to vote and free speech are more vulnerable in my adopted home of America today than at any point in my life. And so I founded the Renew Democracy Initiative with leaders and thinkers from across the political spectrum to push back against America’s growing illiberalism — and to highlight the experiences of those like me, who have been at the forefront of fighting for democracy for decades.
At the height of my chess career in the 1980s, I was fortunate to travel internationally — even if I was always escorted by KGB agents. I peered around the Iron Curtain and saw the American republic as the proverbial shining city on a hill. Though the many dissidents featured in this series and I are separated by nationality, ethnicity, religion and language, we are all united by a belief in the American values of pluralism, tolerance and democracy. Anyone who takes these things for granted — be they in the United States or elsewhere — risks losing them. 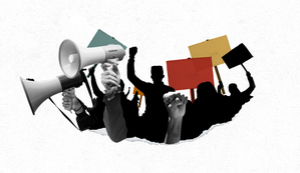 The fiercest fight of the 21st century — to save democracy
Free and fair elections, a core tenet of democracy, are a privilege. When I organized The Other Russia coalition in 2006 to oppose Putin’s dictatorship through nonviolent marches and rallies, we held opposition party primaries because we wanted the Russian people to have a chance at participating in free and fair elections, unknown in the Putin era.
But, today, some would-be American authoritarians are passing laws to suppress voting, gerrymandering voting districts and creating the conditions whereby partisan officials can potentially overrule the people’s vote.
Freedom of speech is also a privilege. As a young chess grandmaster, I had to guard my actions, my words, even my thoughts. Everyone in the Soviet Union, from children to chess champions, had to censor themselves. The Gulag Archipelago awaited anyone who dared to speak up.
But, today, far too many people in America want to constrain public discourse to what is socially acceptable at that particular moment in time. According to one recent study, four out of 10 Americans now engage in self-censorship to ensure social acceptance.
Obviously, angry Twitter mobs are not equivalent to Soviet-style censorship — and they certainly do not come with the same level of risk, but they both have a similar aim: to silence democratic discourse. Democracy may or may not die in darkness, but it certainly dies in silence.
All around the world, demagogues are pushing the same dangerous message: democracy is broken and should be discarded. Their attacks on democracy are only aided — even if unintentionally — by America seemingly losing interest in protecting the liberal, democratic order it helped create.
The recent disaster in Kabul is exactly what “America First” looks like. Right now, the Chinese Communist Party is pointing at Afghanistan to show my pro-democracy friends in Taiwan that America will not protect them. When you fail to protect democratic values at home, you cannot protect them abroad. And when you decline to protect democracy abroad, democracy at home becomes more vulnerable to a vicious backsliding cycle.
In the last few weeks, we have watched countless Afghan citizens risk their lives for a chance to come to the US. The thousands of Afghan refugees who have touched down on American soil know the value of freedom because they have seen its absence. They will join the generations of immigrant-patriots who built this country. For those who believe the American system is inherently oppressive and irredeemable, just ask a refugee or dissident about the alternatives.
When I protested outside that Moscow courthouse in 2012, or marched through those dark and deep December 2011 nights, arm in arm with Russian dissident Alexey Navalny, Nemtsov, and our compatriots, I was marching for the right to vote in legitimate elections, the right to free and open debate, the right to democracy. We were marching for the right to be heard.
Democracy is a privilege, and we all have a responsibility to defend it. The American republic may have its flaws, but there is nothing wrong with American democracy that cannot be fixed by American democracy. Today, we can either be the generation that renews democracy, or loses it forever.
Take it from me, and the other dissidents on this project: the stakes could not be higher.