Kids keep getting stronger at younger ages, but I still have a few things to teach them! Plus, working with young talents helps keep me sharp! https://t.co/ncC1TiZ7jN pic.twitter.com/B1xHygZWVw

This article is a reprint. You can read the original at ChessBase.

“1/3/2023 – The Kasparov Chess Foundation (KCF) celebrated its 20th anniversary this year with a gala on November 16th. However, the gala event was not the last event of the year as there was one more work session left. In the week before Christmas, from December 16-18, Garry Kasparov trained six talented youngsters, who had an average age of 13 and an average Elo rating of 2490. | Photos: Kasparov Chess Foundation 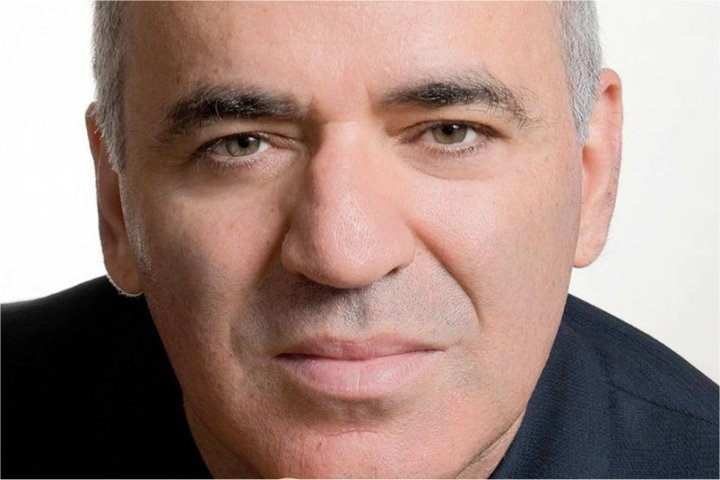 KCF and Saint Louis Chess Club have been running the very successful Young Stars – Team USA program for the past six years. Team USA’s program has helped develop several American chess prodigies from across the country. including the likes of GM Jeffery Xiong and GM Sam Sevian. Team USA has been capped off with individualized training sessions with Kasparov’s coaching staff and special training sessions with Garry Kasparov himself.

Garry Kasparov lead the session and was assisted by FIDE Senior Trainer Michael Khodarkovsky. The venue was the KCF’s modern offices in Midtown, Manhattan, and it ran

This session’s strong participants had an average age of only 13, but an amazing 2490 FIDE rating average!

Both FIDE masters in the above list are only 12 years of age and are quickly gaining national and international recognition for their outstanding results.

All participants presented six annotated games, which were thoroughly analyzed in the class during the first two days. 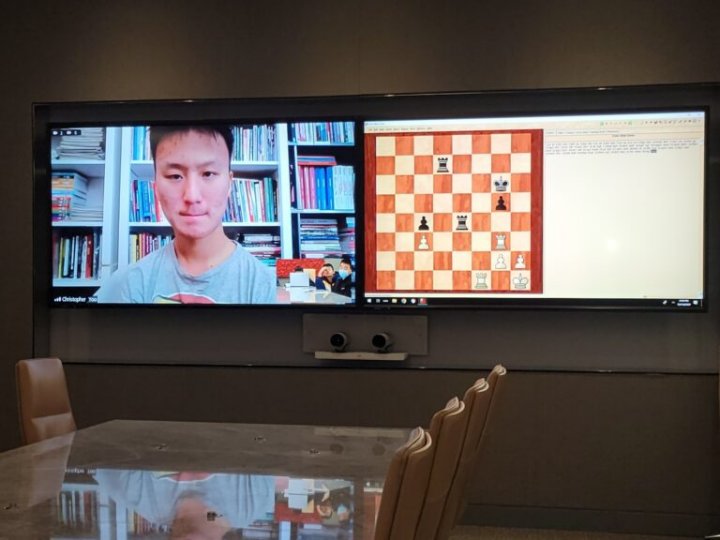 GM Christopher Yoo was not about to let travel issues stop his training. This young grandmaster comes fresh off first place at the incredibly strong US Chess Masters in Charlotte, North Carolina. Shortly after this session, Christopher departed for the World Rapid and Blitz in Almaty, Kazakhstan. 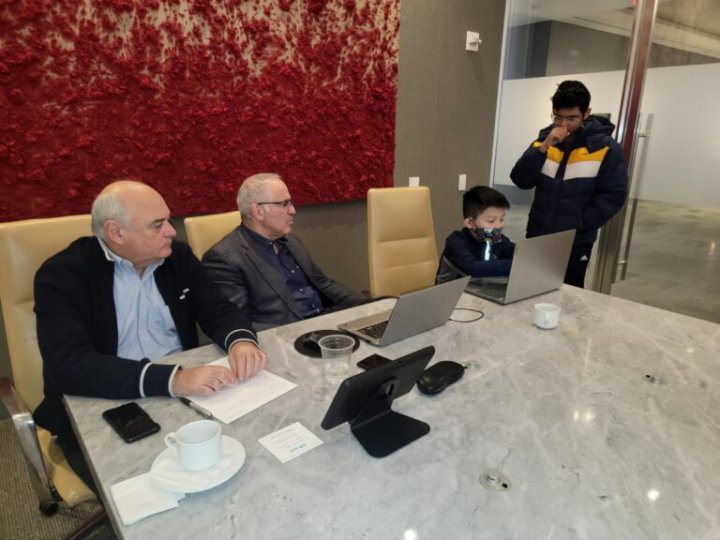 The third day was long and full of evaluations. The players were tasked with solving all kinds of exercises in order to determine their strengths and weaknesses. 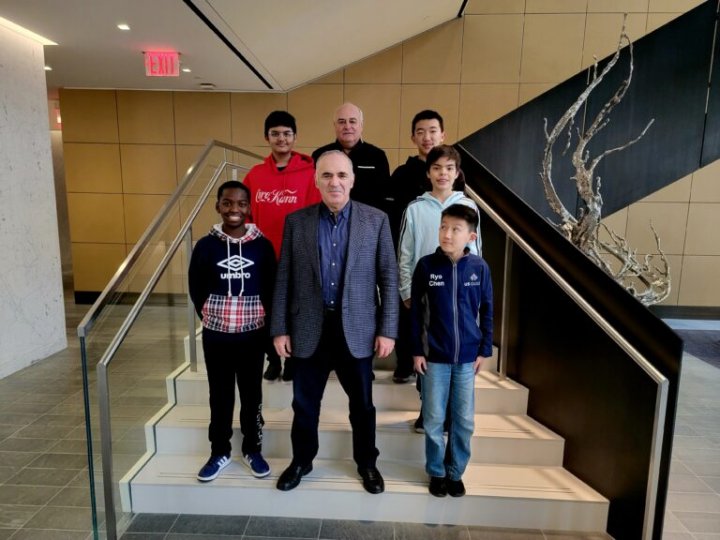 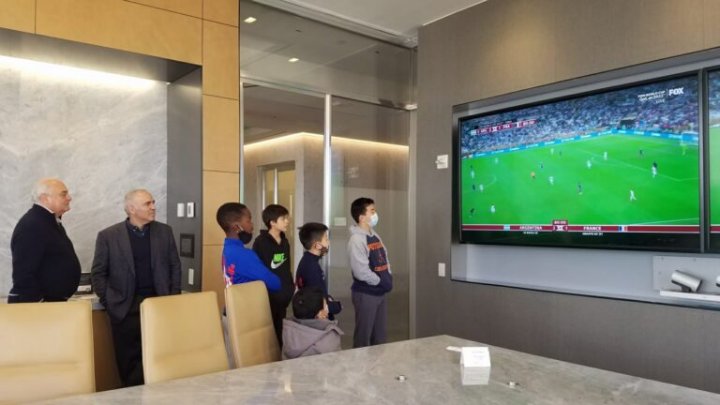 The third day coincided with the World Cup Final. Thanks to the modern facilities in the KCF offices, all participants  could divide their time between their rigorous test and a thrilling World Cup Final. The parents were able to enjoy the match without the grueling puzzles!

Dimitar had the following impressions from the camp:

“I was a little nervous but then I realized I wasn’t the only newcomer – I think it was the first time for Tani and Ryo. Although I didn’t know what to exactly expect, I was eager to get insights from the legendary world champion. The first two days consisted of all 6 participants presenting 6 games of theirs. During our presentations, Kasparov would give his thoughts on the games and we would all analyze key positions in the games as a group. Oftentimes, the games would reach very complicated tactical positions, and everyone would work together to break apart the positions. On the final day of the camp, Kasparov gave us very hard studies to solve. When the test was over, we were able to watch the exciting end of the FIFA 2022 finals between Argentina and France. Overall, this was a great experience and I hope to be back soon.”

One of those “very hard studies”: 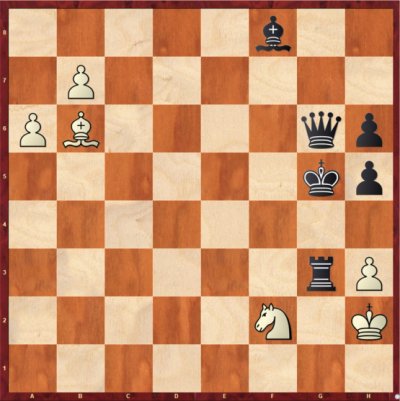 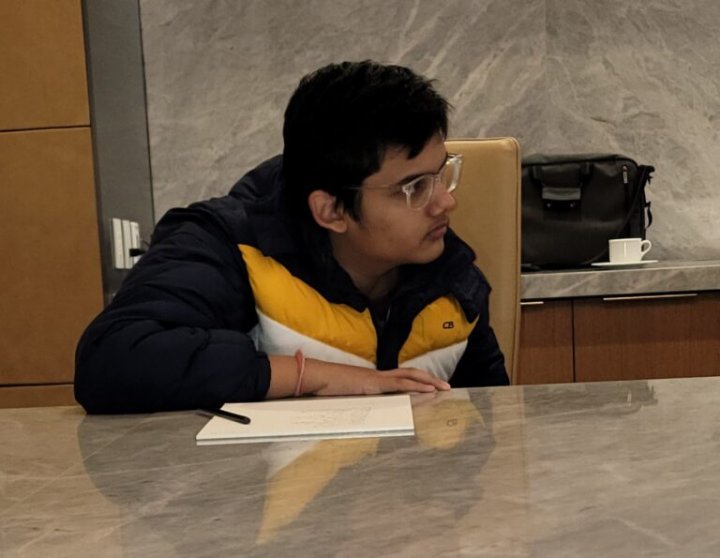 GM Abhimanyu Mishra is a focused and intense chess player. He flew immediately from the training camp to St. Louis for the 2022 SPICE Cup Open. Abhimanyu was able to immediately put his lessons into action. Abhi was simply on fire and tied for first. Our current Young Star lost the playoff for the trophy on a head to head tiebreak with former Young Star Awonder Liang!

Young Stars has open admission for talented kids from all over the World to apply to this elite program. Candidates may apply by submitting the application found here: KCF YoungStars Application. The program is open for talented players that are nine (9) years of age on January 1, 2023, and not older than thirteen (13) years of age on January 1, 2023.

Send the full applications to: youngstars@kasparovchessfoundation.org